Getting to Know John Sosa 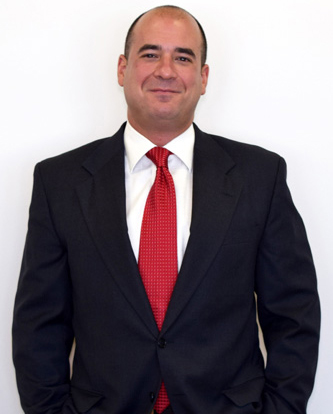 John was born in Miami to Cuban exiles who immigrated to the United States in the early 1960s. Although raised in Miami, he spent a year in Honduras and six months in Venezuela where he forged friendships that last to the present. After graduating from Coral Gables Senior High School, he moved to Boston where he studied theater and political science at Northeastern University. After graduating, he spent a summer in London, England and eventually moved to New York City.

While in New York City, John worked at the Council of the Americas where he was responsible for researching and writing about current political, economic, and cultural issues affecting Latin America. There John developed a strong desire to study law, particularly in an area where he could represent Latin Americans desiring to invest in the U.S. as well as U.S. investors wishing to invest in Latin America.

With that goal in mind, John moved to Washington, D.C. and studied law at the George Washington University Law School. While in law school, John interned at the Office of the United States Trade Representative. There he worked on matters involving Free Trade Agreements between the U.S. and several Latin American Countries as well as on litigation pending before the World Trade Organization. Another notable accomplishment was that John organized a trip to Cuba for the clients of the firm where he spent his first summer of law school.

Having known Julio for several years, John was thrilled to join the Barbosa Legal team where he is responsible for handling real estate transactions for the firm’s clients, and thereby allowing him to represent Latin Americans desiring to invest in the U.S., his motivation to become an attorney in the first place.

We are proud to have John as a member of the Barbosa Legal family and we will continue to rely on his knowledge, experience, and leadership moving forward!

The page you requested could not be found. Try refining your search, or use the navigation above to locate the post.